Songs from the Heart at the Fife Library 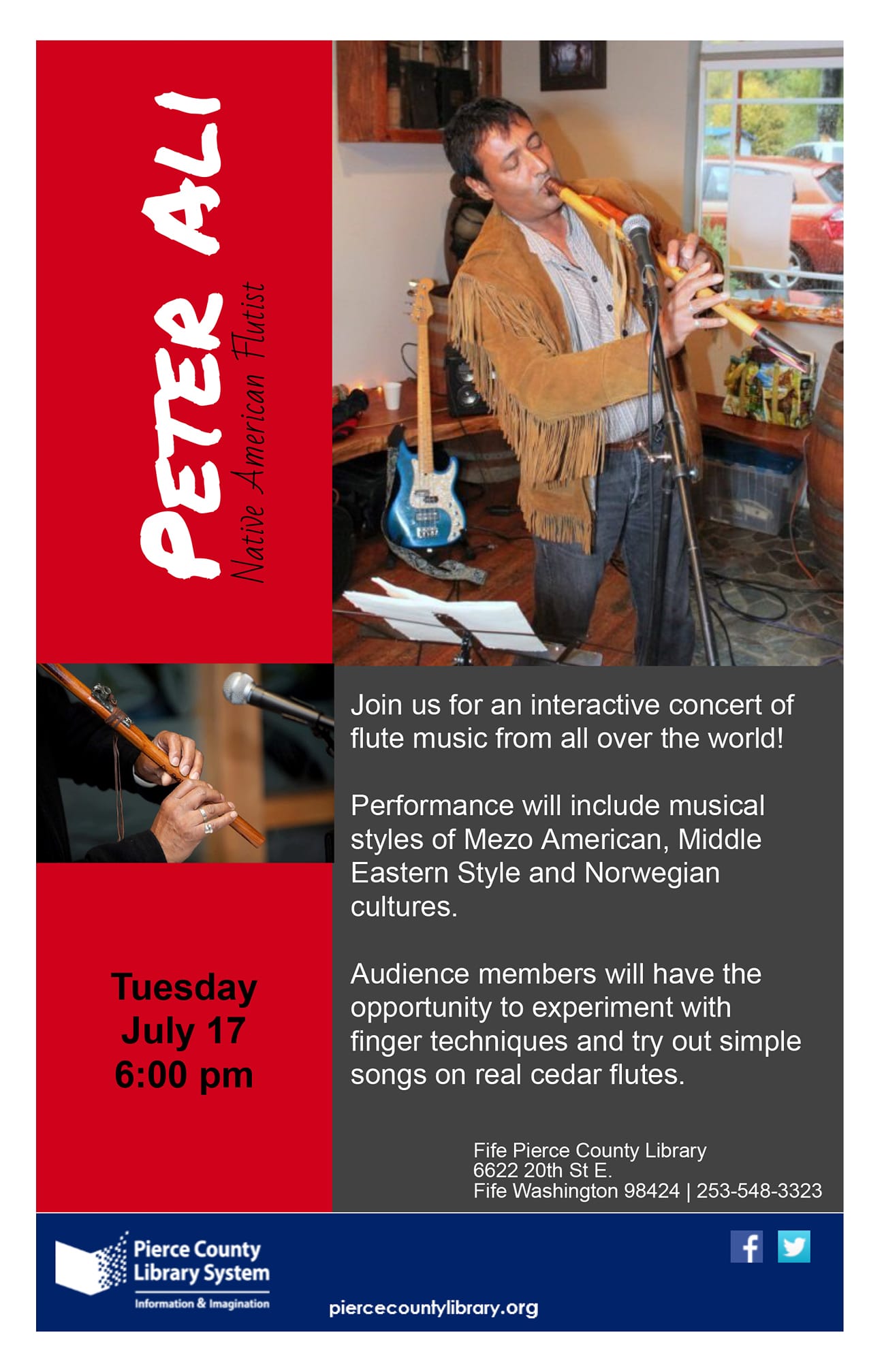 Join Native American flutist and storyteller Peter Ali for an unforgettable and soulful event at the Fife Library.

Peter Ali has inspired and comforted many through his music since first hearing the call of a Native American style flute at a low point in his own life. He then found his way towards healing through teaching himself to play. Peter comes from a unique blending of cultures. His mother is from Sonora Mexico and is of Mayan, Pima Indian and southern European descent. His father is of Berber descent from Morocco, North Africa. After many years of flute playing, Peter discovered that his paternal grandfather had also played the traditional Ney flute for ceremonies and gatherings. Peter has gathered a wonderful collection of wooden flutes, each with a unique voice that he directs and brings to life. He performs and teaches flute playing and flute making through various Native American tribal programs, schools, public libraries, and other venues. He was a featured performer for the Dalai Lama during the Seeds of Compassion Seattle event. Listen to the sounds of eagle, running river, nature and spirit in the flute’s song.